Food on the tube

I remember when I first got the Food Network on my cable TV lineup. I seemed to keep it on all the time. It was the default channel, I would leave it on that no matter what time of day I happen to turn the TV on. It was entertaining, educational and delectable. Show after show of incredibly educational people who cooked onscreen. Iron Chef, despite being a spectacle imported from Japan, was nonetheless equally entertaining and bizarre. And stupendously educational - aside from learning about the predilections of cuisines through the Japanese lens, I got a crash lesson in Japanese words. 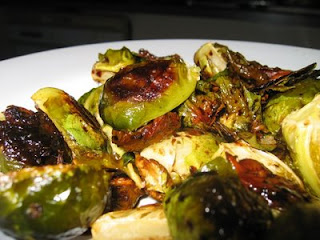 Fast forward to present day. Food Network has taken the MTV approach. The majority of the shows focus on spectacle, and eating - but so little on food any more. The downfall of Food Network (like the enshrining of Sandra Lee) is written about with better prose than mine by veterans like Anthony Bourdain.

Fortunately about today, we have the internet. I personally haven't regularly watched live television in a long time. Content is being provided free by studios, and more importantly, the borders of country fall away on the internet. I am free to seek out food related programming away from the meager offerings of Food Network.

Others are already liveblogging the "reality" competition show Top Chef, and running funny snarky commentaries about it. Well, I figure I'd look at some other less mainstream (to Americans) shows.

One of my new favorites is from Australia: Food Safari. This one is a delight to watch. First off, they tackle a different ethnicity in every episode, and I believe are on their fourth season without repeating. The format tries to address first the basics and fundamentals of each cuisine, from ingredients to equipment, before bringing in the recipes. We get to meet immigrants to Australia who relish in their historical cuisine, and the host, Maeve O'meara comes across as both knowledgeable and eager to learn. Plus she looks like she eats with relish. That is attractive in a food show. Then again, there's the cinematography. I don't know if they employ food stylists, but the closeups of the food is luscious. I seem to come away wanting to try the items being highlighted, and that is the effective measure of the show.