Bonding with the Bedrock

"What did you think of the tres leches flavor?"

My companion and I looked at each other as we discarded the sampling spoons, thanked the gelato vendor, and walked away from the colorful freezer case. We had intended to get some gelato from an inviting display, and after tasting five different flavors, came to the same conclusion: the actual gelato cream base had too much overrun. The flavors themselves didn't matter, the resulting product was an insipid castle built on quicksand.

Sadly, in many situations, food providers try to use accouterments overshadow the fundamentals, and this seems to be the case in popular discussion. For example, with pizza, the discussion is often about what the topping is, be it fontina cheese or "Thai" chicken or 25 different options. The crust itself is lost in the equation, mentioned by pizza aficionados but a discarded nuisance on paper plates for most of the public. Sushi judgements are almost always discussions about the quality of the fish used, but in its essence, sushi rice preparation is the foundation to the custom and cuisine.

And then, there's bread. In most cases, bread seems to be treated as a humble carrier for something else - the forgettable supporting character in an overstuffed sandwich, or sometimes to be discarded as the purveyor of "carbs". But good bread - there's nothing quite like it.

At its most basic, bread is a showcase of technique. From very few ingredients, one can produce anything from a baguette to focaccia, but we don't have many bakeries of distinction in Houston, bakers that take pride in the art of bread. So, with great interest, I've been sampling the wares at the newly opened Common Bond bakery. 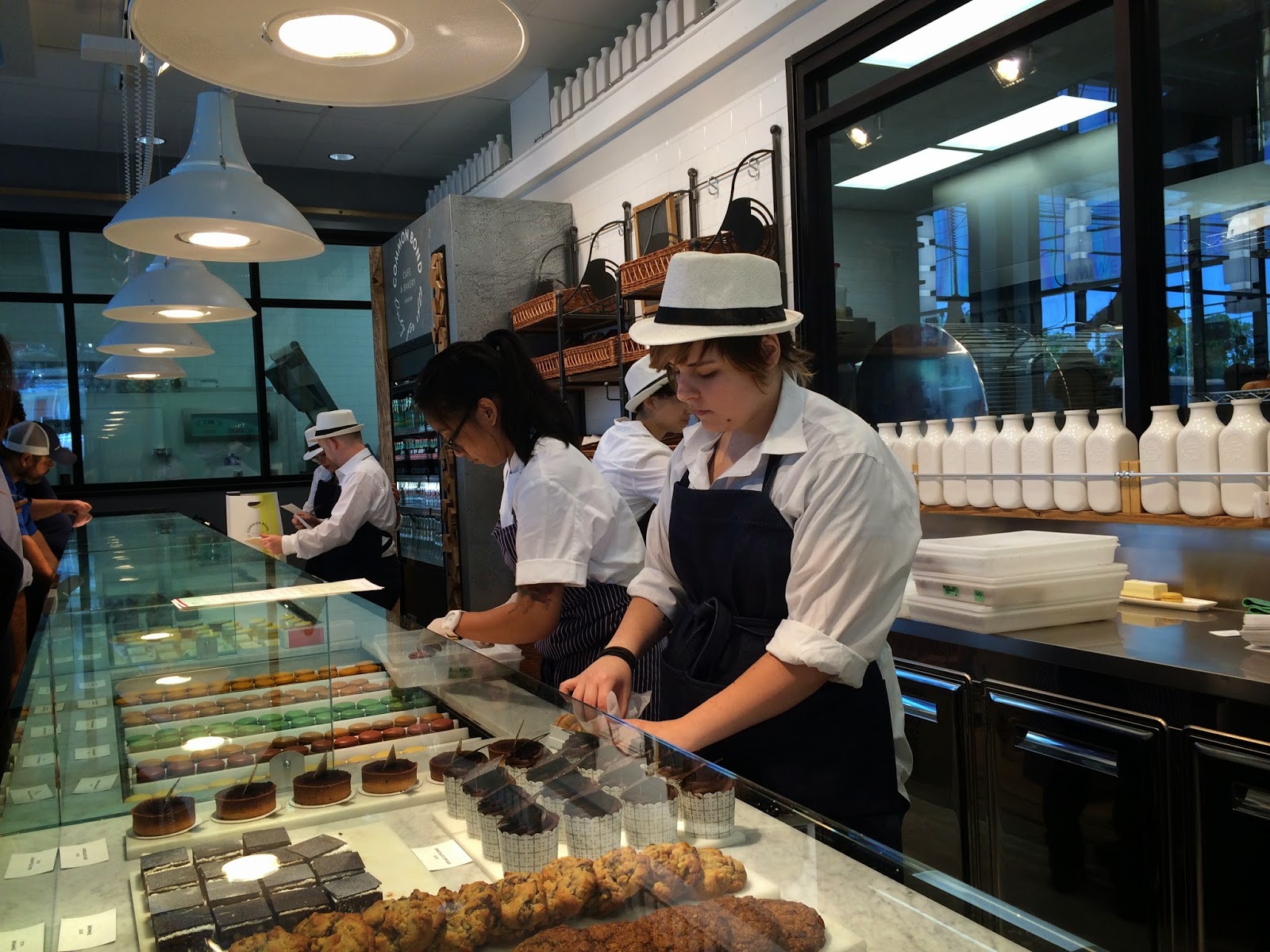 Without a doubt, Common Bond portrays itself as a premium purveyor, with pricing to match. The packaging alone is reminiscent of a department store rather than a country baker. And most of the customers seem to be  agog with the pastries (special mention to the kugelhopf), and prepared dishes, but my focus has been on the bread products. I did sample an eclair, and found it rather disappointing, the choux texturally unpleasant.
Among the regular loaves of bread, Common Bond keeps a fairly small repertoire of types: a baguette (and a couple of variants), a sourdough country loaf, an olive walnut loaf, and a pecan pear loaf. I see this as a kind of focus on the bread baking execution, and it shows. Though a little costly at around $7, the bread loaves are enormous and substantial. Moreover, I am impressed at how long they keep (don't refrigerate bread - it accelerates staling). In the case of the bread, I find the cost differential justifiable.


I'm no stranger to baking, and I still think that having hot bread coming out of one's oven is likely to be the best experience - nonetheless, I am quite impressed with the Common Bond bread offerings. It'll come in handy as the Texas summer heats up.

On why the weight of antibiotics isn't so informative

Statistics and the storyline

But I also wrote about this earlier