I had a friend inquire about how I bake bread (I've documented some of the bread I bake at panemography.tumblr.com). I explained that what is essential to good bread, in my opinion, is a long ferment time, easily 10-24 hours, as the yeast provides both the leavening and flavor. He reasoned, though, that he could cut that time in half by doubling the amount of yeast. 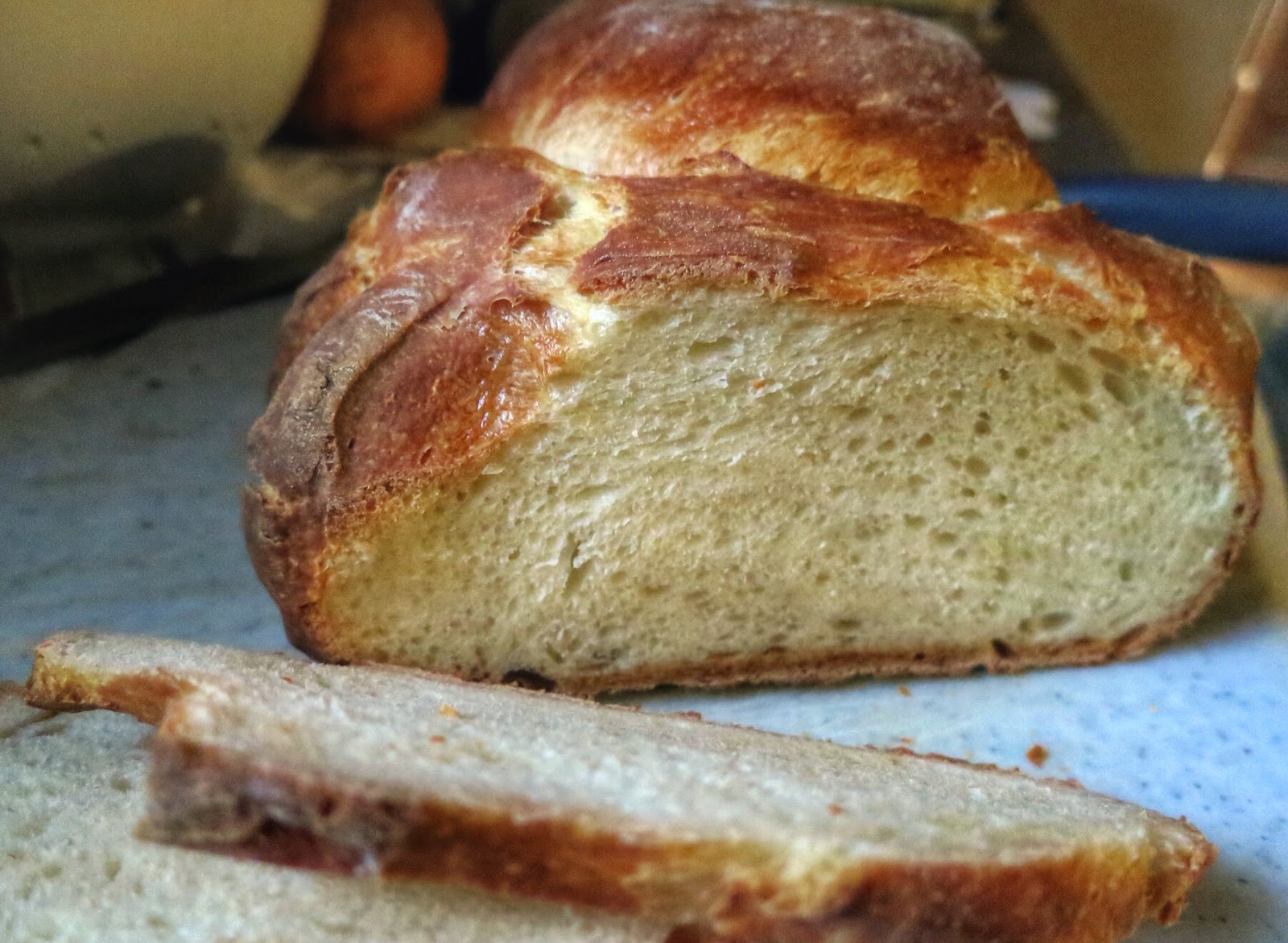 This, of course, will not work. And it stems from lack of understanding about using a living microbe as an ingredient.

A single celled fungus, baker's yeast (Saccharomyces cerevisiae) grows by budding off little daughter cells. In general, though, we measure the growth of yeast by the doubling time - that is, the average amount of time for the growing population to double, and this is about 1.5-2 hours for yeast. But this is dependent on the temperature, the type of food available, and the availability of oxygen. So, even at the simplest and most ideal case, doubling the amount of input yeast at the beginning of the ferment will only shave 2 hours off the bread making schedule.

But as in most things in science, it's more complicated than that. If you are using dried yeast powder (that stuff most people get in the stores in little packets), most of that is actually dead. The ratio of live cells in that mix goes down as time goes by (and it's worse if the powder is stored at a warm place - cold storage extends viability), so it can be pretty variable. And though the measured doubling time of yeast is 2 hours, that's usually measured at the logarithmic phase of growth, when the cells are already happily chugging along.

But as we begin from inoculation, there's a lag phase when the cells come out of sleep and need to get metabolically active. Some bread baking techniques try to make the process more predictable by doing a pre-ferment (sometimes called a sponge or a biga), where a loose batter is prepared with the yeast and allowed to ferment overnight. The actual bread baking then uses the sponge as the inoculum and part of the liquid to get a big charge of live cells, shortening the ferment time for the baking phase. But it doesn't really do away with the preferment period, it just takes it out of the equation.
Posted by Dr. Ricky at 2/13/2014 12:33:00 PM No comments:

The 2014 Winter Olympics are underway in Sochi, Russia, rife with controversy around the proximity to the Chechen insurgency and recently anti-LGBTQ laws in Russia. But food for Olympic level athletes is itself a weird mix of science, superstition, and sacrifice. 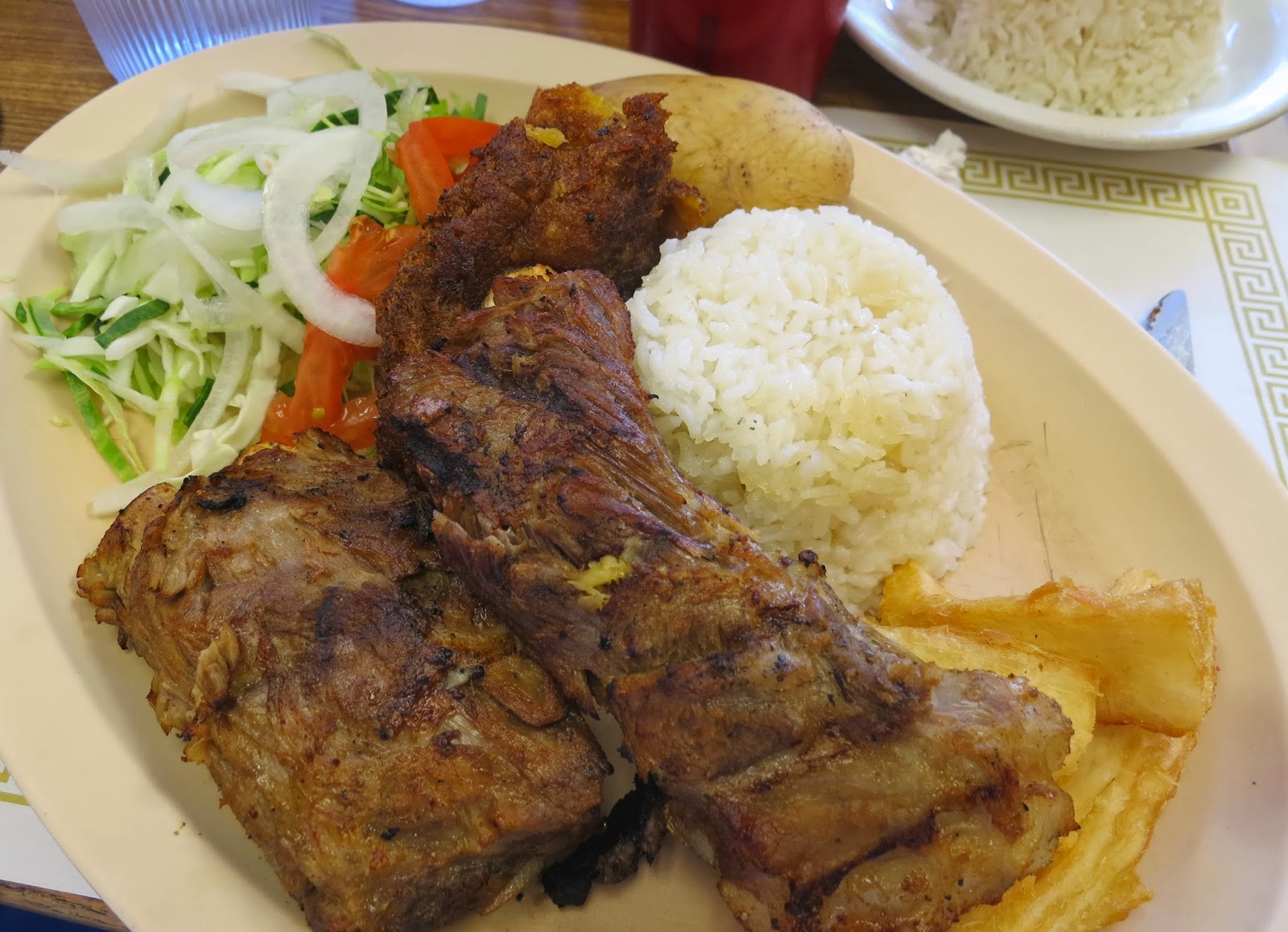 For a competitive athlete, the diet can be complicated to deal with. In contrast to the average person, the rigors of training puts enormous demands on the athlete's body. Coupled with the competitive nature of sport that seeks to find any advantage not explicitly outlawed by the rules, and it creates an atmosphere ripe for exploitation.

Not commenting on the superstitious nature of dietary supplements (that's fodder for another day), but one of the challenges for professional athletes is being able to feed themselves while traveling. It's difficult enough to find prescribed dishes in places like airports, but meat is a particular problem when going to another country. The culprit is contamination by clenbuterol (street name "bute"), which is a hormone-like drug that can be used to boost aerobic capacity (albeit with side effects). Athletes aiming for Olympic qualification are routinely tested for clenbuterol use, and the FDA has banned the use of clenbuterol in animals destined for human consumption. However, it doesn't mean that other countries comply with this rule.

In fact, clenbuterol is most often used as an anti-asthmatic in horses, and can be used to produce leaner pork. But eating meat from such animals can result in athletes testing positive for clenbuterol, and contesting such a finding is most charitably described as "complicated". So, to avoid this, very often US athletes traveling in countries like China may opt to not eat the local fare, a sad irony given that one of the great pleasures of travel is sharing food with the locals.
Posted by Dr. Ricky at 2/10/2014 03:04:00 PM No comments: