It's that time when we write of retrospectives, and 2013 was a pretty epic year when it came to food. I had the privilege of traveling to multiple countries, and getting to try some dishes for the first time, and distilling new insights about the experience and communication of science and food. Going over them, and narrowing them to a small select list of experiences that are the most notable of the year was difficult - but these are dishes or experiences that I wouldn't mind revisiting. Even though in some cases, I don't think they can be replicated. 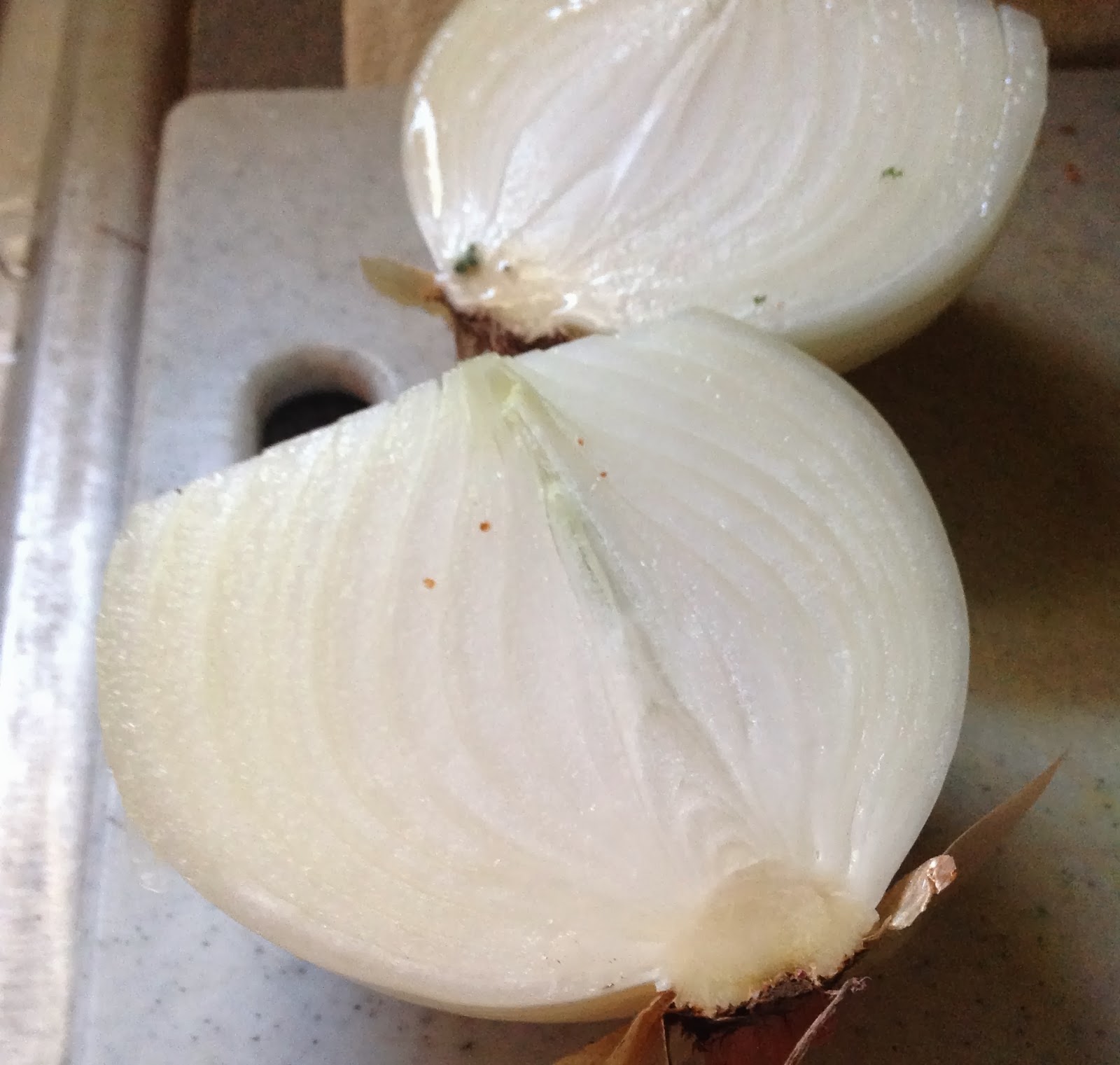 Recently, I was asked what my favorite vegetable was. With only a brief pause, I said, an onion. It's easy to overlook the humble onion as a vegetable. After all, it's so ubiquitous, but it seldom takes the starring role in a dish. And while we only think of the bulb in general when discussing onions, the whole plant is edible, from roots to flowers. When it comes to genetic modification, however, the onion presents a notable challenge. Its genome is enormous, at an estimated 15 gigabases. To put it in comparison, the human genome is a mere 3 gigabases - that is, the onion potentially contains five times the amount of genetic information that a human has.  Simplistically speaking. A little respect the next time you prepare your mirepoix then.

But the question that has hounded us for decades (this is from 1976) is set to song by Rowlf the Dog:

Why do onions make you cry?

Well, onions and other members of the Allium family are masters of sulfur metabolism. When an onion is cut, an enzyme allinase generates a set of sulfur containing compounds that produce the range of flavors in onions and garlic. That's why how an allium is cut prior to cooking affects its flavor in the end. Unfortunately, among these compounds is propanethial S-oxide, aka lachrymatory factor (I don't think either name is helpful for the lay person). Basically, it's tear gas. Some farmers restrict the uptake of sulfur to produce onions that make less lachrymatory factor, but this also reduces the flavor of the onion, too. Clever marketing will call these "sweeter" onions - I think that's up for debate.

The mystery though, is why don't other alliums, such as garlic or shallots, seem to make people cry even though they also use allinase. In 2002, scientists discovered that lachrymatory factor isn't some random by product, but is regulated by a specific enzyme (lachrymatory factor synthase or LFS), made by a specific gene. Which means that onions can be genetically modified to lose the LFS gene, and they will retain the full flavor profile, but will lack the tear gas producing capability. And in 2008, that's exactly what happened. Using a technique called RNA interference, the LFS gene in onion plants were "silenced" -voila! "tearless" onions. No doubt the New Zealand Institute for Crop and Food Research have been trying to get this to market, but hurdling the regulations for this genetically modified crop has been onerous (specially since this brings in a new technology, RNAi, into a field still debating transgenics, cisgenics, and targeted knockouts). It's been almost 6 years since the first publication - here's hoping we'll see tearless silenced onions soon.
Posted by Dr. Ricky at 12/16/2013 12:24:00 PM No comments:

While Houston has a pretty good diversity of restaurants, they are often clustered around generalist profiles of "ethnic" cuisines. Just about every Vietnamese restaurant has pho, banh mi, and bo luc lac, every Japanese restaurant centers around sushi, every Tex Mex joint features the range of enchiladas, tacos, and burritos. What we rarely have are restaurateurs with confidence to put their entire line on a specialized dish. But, when one travels, this is often the case in other cultures. People go to specific purveyors for a particular dish because that focus lends a strong identity to that interpretation of the dish.


In Mexico, they have posolerias, restaurants that just serve posole, the pork and hominy stew so favored by those recovering from a hangover. The Japanese are particularly embracing of specialization; I encountered restaurants that only served takoyaki (octopus fritter balls), and even one that just did buckwheat noodles (zarusoba). That fanatical specialization, however, resulted in some of the best noodles possible, with a product that didn't even have gluten to provide it structure.

That's why I think it takes guts to put the name of dish up on the name of the restaurant, to tell the world that, indeed, all the energy is focused on this one shot. If you mess up, there's no back up, no alternate. But it should be simpler on the production side - well, save for the requisite attention to detail. I'd say the relatively few exceptions to Houston's generalisms are some pho joints (notably the original Pho Binh trailer), barbecue joints, and burger joints.