I had dinner tonight with some of the local Chowhounds (with a tip of the hat to Chris for doing the bulk of the organizing), in 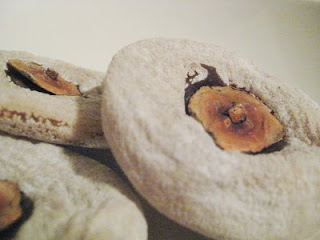 cluding famous food explorer Jay Francis at a somewhat new Malaysian restaurant Banana Leaf. I didn't take any pictures, because there was plenty of snappage going on anyway :) - I am sure those photographs will get on the web soon enough. The place isn't that large, but the menu is incredibly expansive. It took quite a while just to get through the list to decide what was worth trying. So, with six of us at the table, we ordered:

Our attempts to cap the meal with an order of ais kacang was futile, but they provided complimentary dessert in the form of a warm coconut and purple rice porridge. Jay passed around cans of a Korean persimmon and cinnamon beverage. Quite nice. Malaysian cuisine is very diverse, and we couldn't sample it all. I would have wanted to try the bah kut teh, but I think it would have been too much. Heck, what we ordered was already too much. Plus, the menu is a bit of a culinary minefield for me. But of what I could have, I enjoyed. I liked the beef rendang, the beef itself was well cooked, if a bit milder than I expected.

I'd like to go back and try a few other things on this menu. I'm impressed that given the size of the menu how well executed the dishes were.