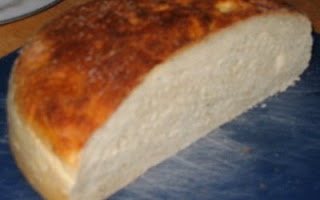 Amidst all the doom and gloom of the global economic downturn, one bright spot of culinary happenstance: the price of lobsters are historically low. Given the traditionally luxurious place the crustacean plays on most tables, many are touting this to be a special holiday treat. Unfortunately, it's one that I will not be joining in. That's because I am allergic to crustaceans.

That statement is often greeted in mixed company with sighs of sympathetic pain, like as if I were truly deprived. Yet deprivation is not the issue; despite my allergies, I have always felt that I had a huge array of foods to choose from and explore. My bigger problem lay in trying to avoid contamination, particularly in cuisines where use of shrimp products is used ubiquitously without thinking about the consequences (for example, did you know that shrimp is often used in making kimchi?).

While vigilance against contamination is the necessary cross that allergen sensitive people have to bear -- and I am glad that a celebrity chef like Ming Tsai is trying to make restaurateurs aware of the dangers of cross contamination -- the second burden is one of culinary tradition. People who are sensitive to gluten find themselves in a difficult position in many Western cultures because cooks can't imagine meals without incorporating wheat in it. But the truth is, by expanding one's culinary limits, you can easily create wonderful meals and snacks without gluten quite easily. Granted one will not have the economy of scale from mass production, but one should not restricted imitating the arts developed using gluten.

This means that I don't see the real value of trying to spend extra to develop gluten free pasta bread when perfectly acceptable rice noodles are available. Of course, they aren't direct substitutions - that would produce an inferior product. Instead, accepting that a food group isn't food - and thus, a whole cooking style should be developed - results in more coherent meals. Attempts at imitation are rarely successful. And just reinforce the idea of deprivation.