Of limequats and faux kumquats 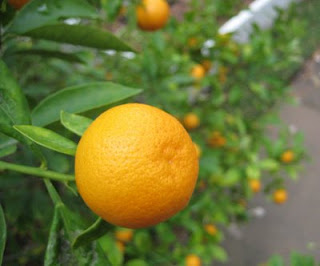 On a recent trip to the farmer's market, I found a stand selling small round orange citrus fruits which were labeled "kumquats" - although not in the characteristic oblong shape. On a table a little further down, the same fruits were labeled "limequats".

Neither were right, of course. These vendors were peddling calamansi (aka, calamondin) - yes, that's a wikipedia link, but at the moment, it seemed pretty accurate. Anyone biting into a calamansi expecting a kumquat may come off a little disappointed. Okay, I did that :).

A tart and wonderfully floral fruit, it is quite versatile, used everywhere you would use a lime or a lemon. Except, being so small, there really isn't much juice in one fruit. Everywhere i 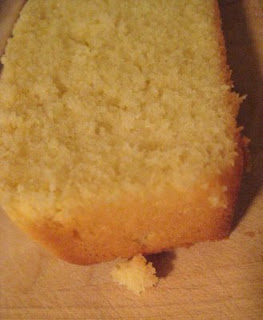 n Southeast Asia, savory foods are presented with a cut half of a calamansi for squeezing over as a final acid flourish. Calamansi and soy sauce are a natural pairing, and can be used as a marinade for fish or chicken, and a final saucing component for almost anything sour - fried noodles are made complete by a final sprinkle of calamansi juice and fish sauce.

Calamansi mixed with honey and diluted with cold water is a refreshing drink during hot weather. I have heard of calamansi margaritas being a great success, as well as a new base for pate de fruits.

Behold my newest experiment: calamansi poundcake. Well, I am a little reluctant to call it a poundcake, as I don't really use all that much butter in it, and have cut down a bit on the flour for a more tender crumb. I also relied a bit on whipped egg white to provide the some of the rise. I could probably use more baking powder, as the acid from the citrus would provide plenty of bubbles. About the most labor-intensive part of the process is squeezing and seeding enough calamansi to get the half cup that went into this cake. So, I think a basic calamansi loaf cake would do as a name.