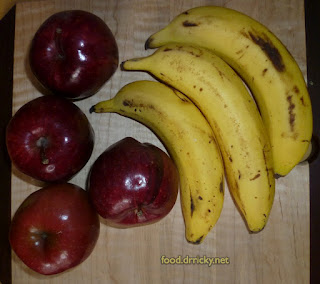 What's pictured above is contraband. This is but a small sample of the good food being thrown away during breakfast at an Houston Independent School District (HISD) classroom, retrieved from the garbage bag. While it's wonderful that HISD provides free breakfast to our children, what's uneaten or unwanted must be thrown in the trash; the volume of perfectly edible food discarded every morning is heartbreaking. Technically, city health ordinances forbid serving this food, donating it, or repurposing it in any way.

Teachers and administrators are caught in an unfortunate conflict of rules; in order for a school to be reimbursed by the Federal funds, all the food served must be taken by a child, even if the child has no intention of eating it. This is not an new problem, however, that article exploring this issue was written in 2004. Clearly, after seven years, nothing much as changed.

In a country as prosperous as America, the issue of hunger is largely one of distribution, and quite often, is somewhat divorced from the issue of malnutrition and starvation. The idea of serving breakfast to kids is predicated on the idea that one learns better on a fed stomach, yet we are obviously either serving too much food, or that our children as so well fed that they can afford to discard good nutritious food rather than consume it later. You can lead a child to a banana, but rarely can you force her to eat it (although I hear the juices get consumed).

What's sad is that this is almost purely a failure of legislation.