How often have you ordered a steak, and it got cooked a little too far for your liking? You know, you wanted it medium rare, and somehow, it's tough as leather (well, not literally) well done, and it's ruined. Throw it away, right? 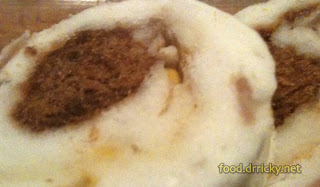 Well, not if you're resourceful. A novel ingredient in Chinese cuisine is rousong, or meat threads.  Basically, cheap cuts of meat are stewed to well beyond overcooked in sweetened soy sauce, then shredded, dried, and tossed in a hot wok until it resembles, well, meaty lint. Then it can be used to top congee or hot rice, rolled in sushi, heck, I've seen sandwiches made from mayo and rousong. Quite versatile, and lasts pretty much indefinitely when kept dry.