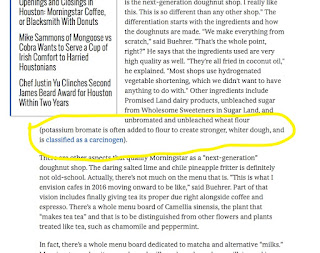 Hat tip to Stella Parks of bravetart.com for her article in Serious Eats. And to Sam Vance (@samvance on Twitter) for vigilant reading of food science, and for sending Stella's article my way.
Posted by Dr. Ricky at 5/11/2016 03:33:00 PM