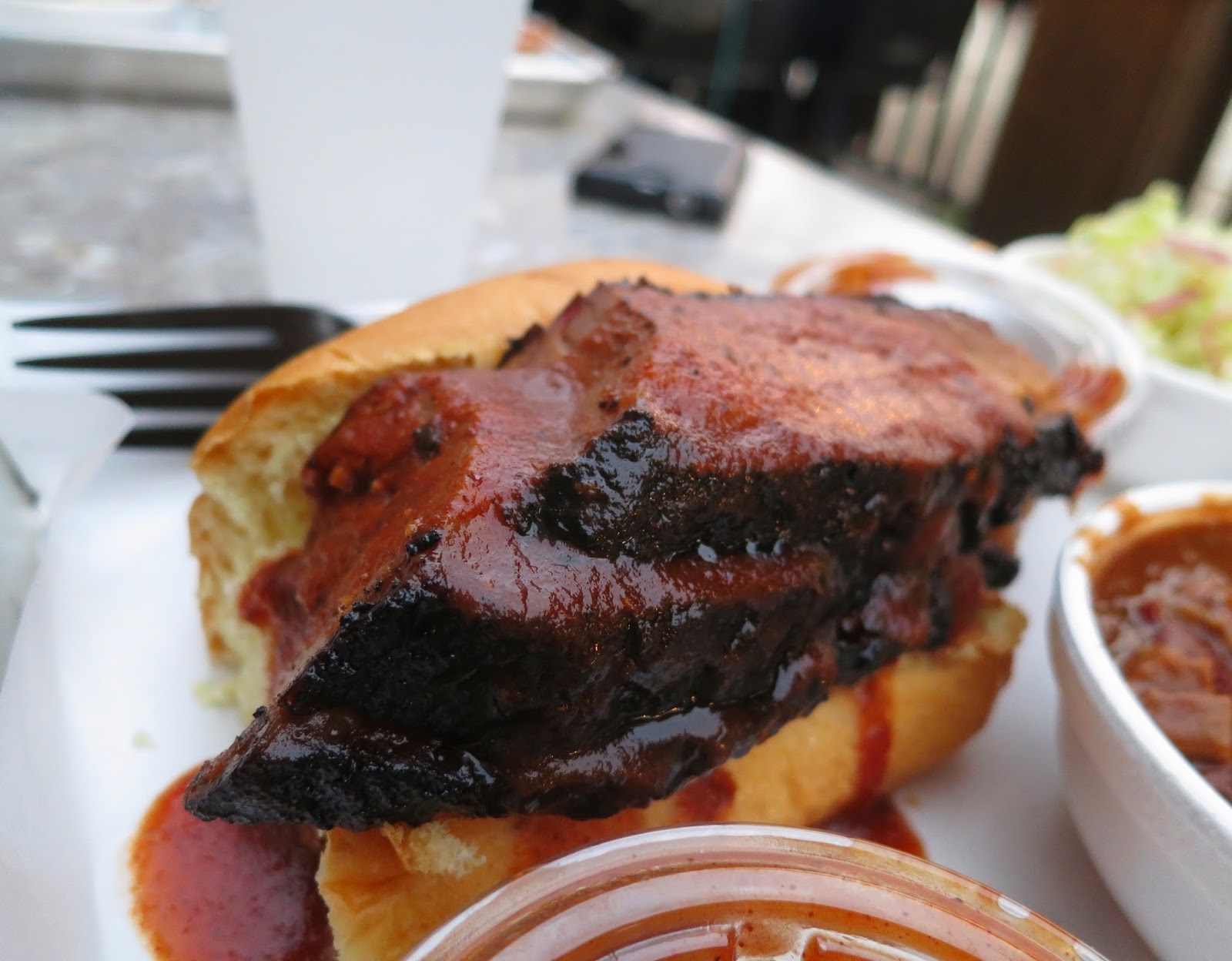 It's Rodeo season in Houston, when everyone tries to be as stereotypically Texan as they can be around here, and when it comes to food, that means Texas BBQ. Like other cuisines with a strong entrenchment, people adhere to a certain propriety to the art of slow cooked smoked meat, even when the camps about which flavors are proper shift with history. But one of the fun things about such an entrenchment in cuisine is that people begin to expect a core set of dishes, and brook relatively small deviations from it.

And people get downright tribal about BBQ. BBQ Cookoffs are practically a spectator sport in Texas - well, more than most because the spectators get to eat. And people regularly judge for the best BBQ - anything less is unacceptable. Or is it? Such judgements, specially BBQ sold to the public, seldom take into account price. And as a consumer, one should consider the relative quality to cost ratio. For some, having the best may not be worth it if the close competitor is half the price.

So, I built a spreadsheet looking at the prices of BBQ around the Houston area, mainly as a way to explore the data. And found some interesting observations. This sheet looks primarily at meat that can be purchased without accoutrements - as straightforward as BBQ gets. Smoked brisket is the constant - just about everyone offers that, although the option to choose a fattier ("better" *wink*) cut at a nominal price change muddies the comparisons a bit. Rudy's BBQ may come as a good buy here; it is a well regarded chain for BBQ, not the very best, but pretty good - and is priced the lowest per unit weight. Comparing rib pricing is more difficult - some price by weight, others by the rack. Pricing for a whole BBQ chicken is fairly consistent, but smoked turkey is a remarkably popular option, present in more menus than pulled pork. Perhaps the pork shoulder market is saturated by carnitas.