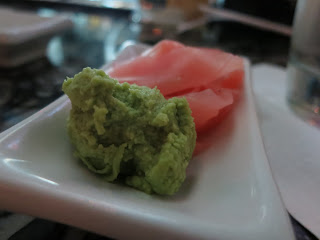 Food is rife with traditions. French bakers were outraged to learn about outsourced croissants, but it doesn't come from objective tasting of the industrial bread. Rather, it is just the idea that the boulangerie would not take the effort to create it the old fashioned way. Notwithstanding, sometimes the disruption of a tradition can create one that is as entrenched as the original. For instance, most Americans don't know that the wasabi they get in sushi restaurants isn't real; that it's a colored blob of powdered horseradish and mustard. However, when presented with the real stuff, hon-wasabi, the average aficionado may actually find it disappointingly delicate. They've grown accustomed to the sinus clearing mix with soy sauce -- something that may horrify sushi traditionalists, but really, is it any less valid when the diner enjoys it?

One Thanksgiving, I went through the trouble of baking pies from scratch. As I served them with a modicum of pride, one of the diners asked for Cool Whip. I said, I had some freshly whipped cream, but was quickly rebuffed.