Impartiality in a restaurant review

An interesting debate is currently happening over Twitter, sparked in part by a comment in this posting on the Eating Out Words blog of the Houston Press. Namely, does participating in a media event for a restaurant devalue the opinion of a food critic?

It's an interesting conundrum. I, myself, have participated in a number of media junkets. Around this time last year was the most opulent outing arranged by Harrah's of New Orleans along with 8 other bloggers from the Houston area. That was a weekend which included meals at Emeril's Delmonico and John Besh's Steak. 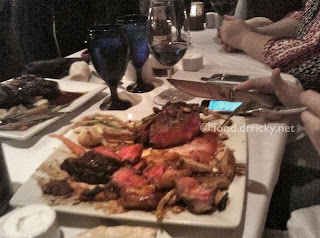 Last month, I had the pleasure of being invited to Tony Vallone's new Montrose area restaurant, Caffe Bello. There, we were plied with so much food, even after a 3 mile walk, I was full through the next day. 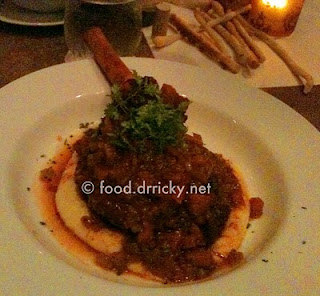 In the modern age of ubiquitous communication and computing, restaurateurs are wising up to opportunities in new media. Old school criticism relied on anonymity, and a certain number of visits to account for the atypical experience, but this may be a promise difficult to keep in the era of Google and live tweeting. Indeed, the stricture of impartial judgment emerges from the fact that control of communication used to be held by relatively few people, and, paraphrasing Stan Lee, great responsibility comes along with that great power.

By staging such media events, restaurants are taking a proactive gamble: instead of being judged on a typical day, they'll put their best food forward immediately, when they are ready and at their prime. While a thumbs up in such a situation should be interpreted with a grain of salt (after all, finding the will to be truly critical while being feted is difficult), a misstep is disastrous.

Then again, perhaps we are worried over nothing. After all, with the barriers to self publication so low, where hordes of Yelpers, Facebookers, and Twitterers reporting on a meal as it is being chewed, concealing a potential food critic in the crowd may not be an issue. Nothing can keep a kitchen on its toes as the realization that every client, as petty and as unreasonable as they may be, can also voice their opinions online. Perhaps faster, if a little cruder.
Posted by Dr. Ricky at 11/18/2010 02:38:00 PM